Paid Parental Leave in the U.S. 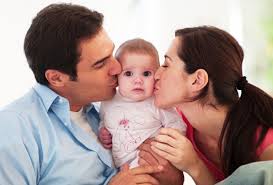 Parental leave is on the U.S. horizon